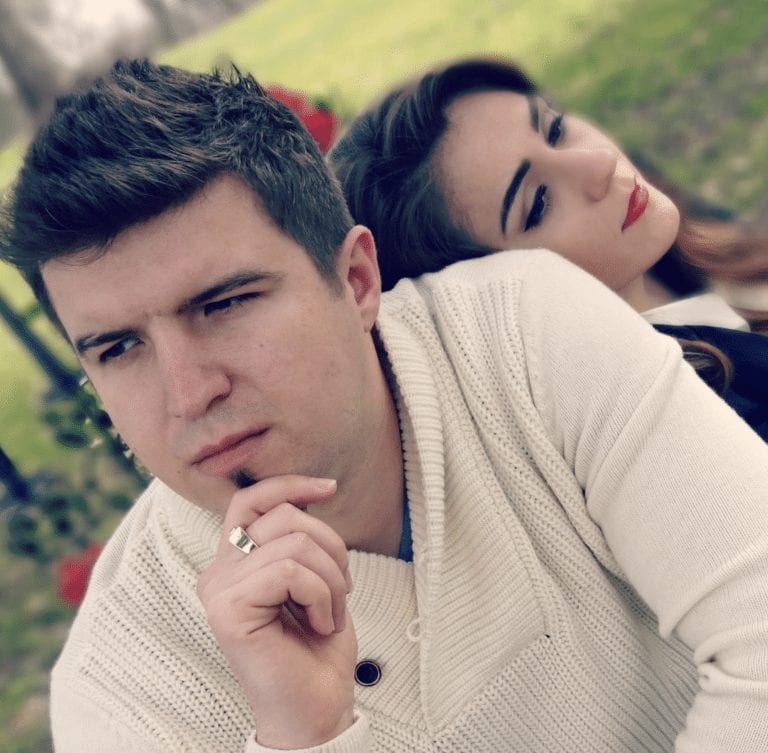 Those who know Dmitriy Matushevskiy well today will attest that he is not a hard person to read. His
values and priorities were carved into his character since childhood. Born in the Ukraine during a period
of extreme religious persecution, his grandparents and eventually his parents were lured to the United
States by the desire for freedom and opportunity. Dmitriy is inspired by the memories of what his family
endured. “I remember the sacrifices and difficult times my family endured in Ukraine and continue to be
motivated by their courage and resourcefulness.”

After arriving in America in 2001 as a teenager, Dmitriy was drawn to the construction trade but lacked
the knowledge and expertise he needed. He was hired by two contractors to help install windows and
other small projects. In both cases, these people refused to pay him. But he didn’t let that
disappointment sour him on construction. He knew then that it was how he wanted to spend his life. He
found another contractor he trusted and offered to work for free if he would teach Dmitriy the trades.
That arrangement lasted for two years and inspired a 17-year-old Dmitriy to make an offer on his first
piece property in Sacramento for $25,000. He wasn’t discouraged by the fact that he didn’t have any
money and spoke only broken English.

What he lacked in money and articulation, he made up for with the kind of determination and
resourcefulness he had learned from his family. Dmitriy recalls, “I was young and naïve with little
appreciation for the very long odds I faced. I found the property owner in Florida and convinced him to
do a below-market deal. He agreed and then I was faced with the reality that I had no money to buy this
property. I made up my mind that I was going to find the money no matter what and somehow, I did.”
He built a duplex and sold it for a nice profit. Dmitriy was thankful for those that helped him get his start
and was humbled by the good fortune that he fully attributes to divine intervention. He was so grateful,
he that he donated his six figure profit to his church. “Too many unlikely events went my way that
allowed that experience to bless my life. I felt compelled by my faith and the years of blessings my
family enjoyed through our church community. It was the right decision.”

The crash of the real estate market in 2008 took its toll on the construction industry and Dmitriy was no
exception. He was so devastated by the set-back, he struggled for many months to find his next career
move. He tried a few uninspiring things outside of construction and in 2010 divine intervention struck
again. Dmitriy found an opportunity to do property preservation and realized this was his chance to get
back in the construction game. He has been talking to his friend Sergey at church and found out that he
also had an industry background. They agreed to become partners in a property preservation company
which became successful and broadened the construction expertise of both men.

As the economy improved, Dmitriy dove head-first into flipping houses in Florida and new construction
in California. In 2017, Dmitriy and Sergey began discussing a shared a vision of creating a different kind
of company that would help homeowners make improvements without the stress, dishonesty and
broken promises experienced by many. Along with another Church friend Vazgen (Vaz), Cobex was born.
Dmitriy remembers, “From the first conversation, it was clear that the three of us shared the same
values, vision and goals for our new company. We committed to each other then and there to stay true
to those principles.”

Dmitriy recognizes that his determination, high standards and attention to detail leads him to be single
minded about work, even during traditional off hours. But he vows to work on that. “My wife Angelica
and I have two young sons and a baby daughter. They are a loving reminder that there is more to life

than work. I don’t have a lot of hobbies or outside interests but spending time with them makes me
realize what is really important.”

Dmitriy reflects on his accomplishments. “My partners and I feel fortunate that we have a company
focused on family. It is very rewarding to create jobs and career advancement opportunities for our
family members and devoted team members. Cobex is a place where people can enjoy their work, feel
appreciated and embrace professional development. When a customer gives us a positive review, we all
share in the moment. As owners, we are mindful of how blessed we are and devoted to sharing those
blessing with others.”

Products
Contact Us
About Cobex
No Obligation, Free Estimate

Get Your Free E-book guide to your next remodel!